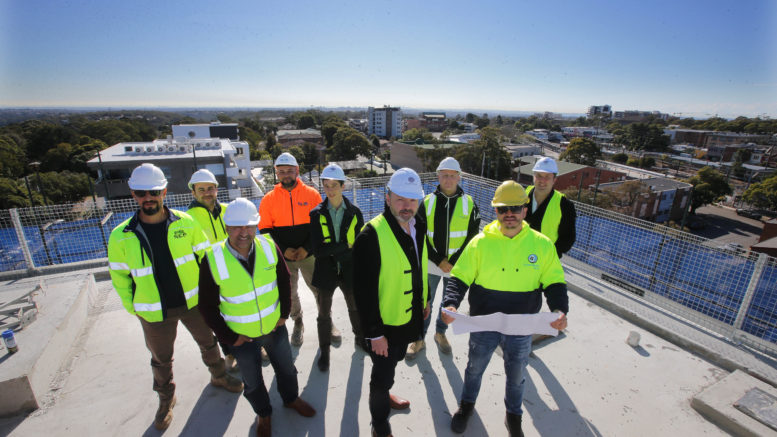 Problems which halted work on The Linden apartments project at Sutherland for 10 months are well in the past and work is “progressing well”, the developer says. Quantum Group managing director Peter Gribble said a new builder, Devakon, had completed the structure and started internal building of the units.

Mr Gribble said it was expected the project would be completed in the first half of next year, “three to four months” behind the original schedule.

The development, in Linden Street, comprises 62 units over six levels in two blocks.

The building contractor Lords Group withdrew from the project in late January this year, telling the Leader it was owed a significant amount of money.

Mr Gribble said this week, “The matter with Lords is still under negotiation between the parties”.

Mr Gribble said, within six weeks of the Leader’s report in February, a new funding source had been confirmed and Devakon was engaged.

“It was a good turnaround,” he said.

“Devakon are doing projects for us in Sydney and Melbourne,” he said. “They are smashing it through here”.

Mr Gribble said off-the-plan buyers in The Linden were “supportive, and looking forward to coming on site when we have our topping-out in late August”.

Mr Gribble said “close to 60 per cent” of apartments had been sold.

About 55 per cent had been sold in February.

“The positives are that the project is going forward and the whole environment is much better than it was three to four months ago,” he said.

“I think that’s due to a number of factors, including falling interest rates and APRA (Australian Prudential Regulation Authority) easing restrictions on bank lending.

“Also, there has been a pull-back in the number of new developments being approved, which means a potential over-supply of new dwellings won’t occur.”