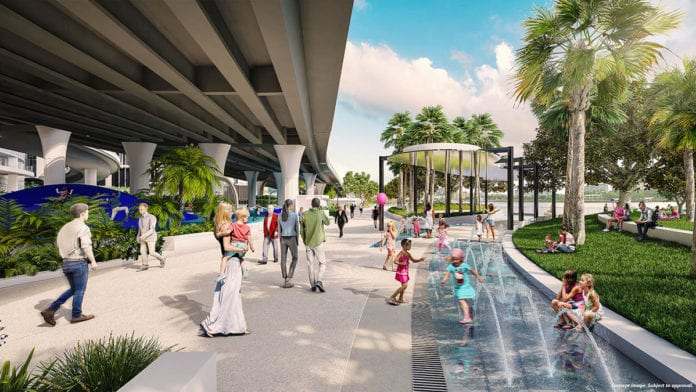 City-changing Queen’s Wharf development has revealed plans for a subtropical oasis in the heart of the CBD.

The massive landscaping project will see 300 trees and nearly 20,000 plants anchor a huge public space as big as 12 football fields.

Unused parts of the riverfront will be redeveloped to match recreational green spaces on the podium of the integrated resort.

Destination Brisbane Consortium Project Director Simon Crooks said the works will begin in September. Scope of works includes upgrades to the Bicentennial Bikeway and Queens Wharf Road and renovating existing heritage areas. New builds will include a playground, public amenities and landscaping along the Brisbane River.

“The Riverline precinct will have a distinctly South-East Queensland subtropical character and includes the landscaping of The Landing a 6,500 m2 green space that sits out along the river beyond the Riverside Expressway, soon to be completed by Probuild,” Mr Crooks said.

“Queens Wharf Road will be upgraded with stone finishes and a significant makeover of the Finger Wharves including a lateral wharf joining three wharves for temporary berthing.” 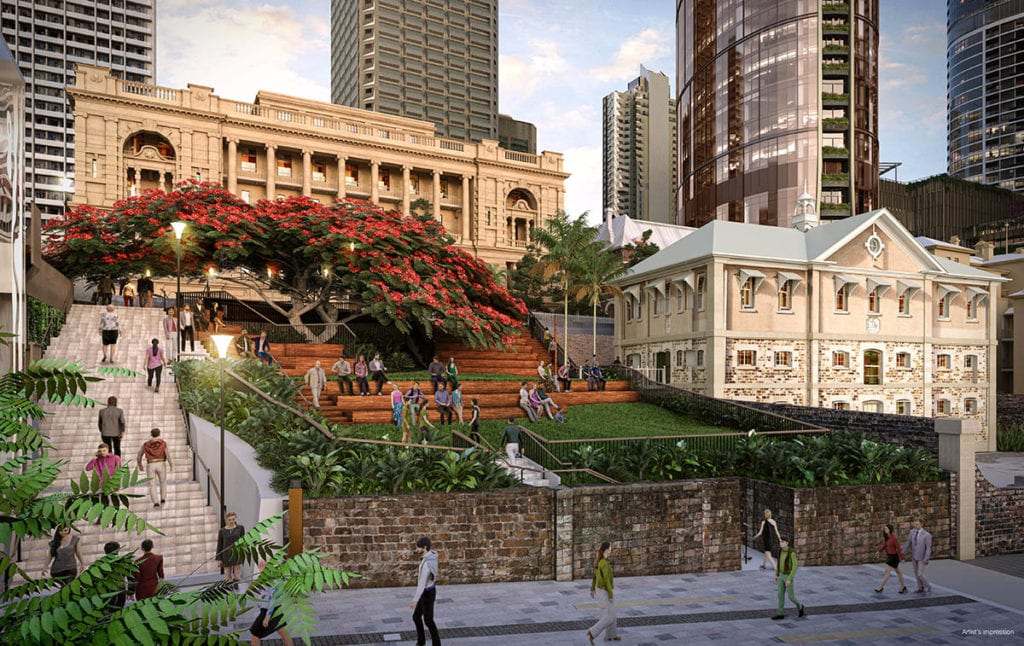 As well as the public space along the river, Multiplex will also fit out levels two to seven of the podium. The Podium will contain restaurants, luxury and high-end retail, a new casino, a 2000 seat capacity ballroom, and recreation deck and pools.

“From next year the podium levels will be clearly visible as Multiplex begins to build the retail, and events spaces that sit above the William Street hotel entries and Porte Cocheres,” Mr Crooks said.

The first stage of Queen’s Wharf, Waterline Park and the Mangrove Walk was opened to the public in October last year.

Queen’s Wharf stage one developments are due to open in 2022 and the project’s first residential tower due for completion in 2023.

Full article is at: https://www.mybrisbane.com/queens-wharf-reveals-subtropical-oasis-in-the-heart-of-the-cbd/