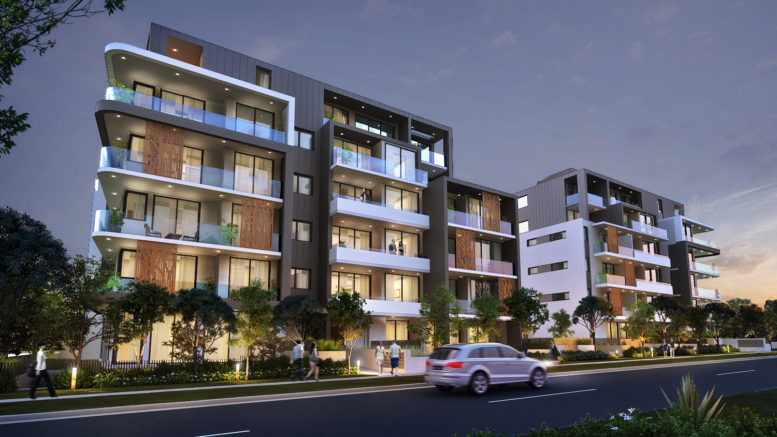 The re-election of the Coalition Government will likely see a return in confidence to the Sydney housing market, local developer Peter Gribble says.

Mr Gribble is an economist and the Managing Director of Quantum Group, a property development firm that has undertaken a number of projects within the Shire, including The Linden, which is currently under construction and The Adelong, which is settled and owners have moved in.

Mr Gribble believes the back to back elections caused some hesitation in the market, due to a lack of certainty around future policy.

Labor went to the federal election spruiking reforms to negative gearing in an attempt to address “housing affordability”. This led to significant reduction in enquiries.

However, with the election now behind us and the next three years of policy locked in, he believes investors and first home buyers will likely return to the market.

“My incling is that there is a big sigh of relief that we’re going to retain the current government because there’s a lot more certainty in the policies…” he explained.

“Changes to negative gearing has always been a problematic proposal. When Paul Keating first raised the idea it created a lack of confidence in the markets,” he continued.

“People stopped investing, which caused a reduction in building and rents went up as a result. So, I think retaining that policy is a recognised position to increase housing stock.”

Mr Gribble said there currently wasn’t an oversupply of new apartments in the Sydney market. In fact, in a lot of suburbs, close to 90 per cent of new apartments are being sold off the plan. This is leading to a shortage in the market itself.

However, the return of consumer confidence in the second half of 2019 will likely lead more developers to add projects to their books.

While, Mr Gribble believes the retention of the Coalition Government is a net positive for the market, he believed more reforms are needed to really address the housing affordability issue without negatively impacting upon equity.

The best way to do this, he believes, is by scrapping legislation which mandates banks set their loan serviceability rates 7.2 per cent, double the current interest rate.

The point of the policy is to stop people from getting loans while interest rates are low and then not being able to pay them back if they rise.

However, Mr Gribble points out, interest rates would need to go up more than 18 times to hit the current serviceability rate. He believes that is too high.

“People can’t borrow as much because of that disparity and I think that is something that needs to be addressed urgently,” he said.