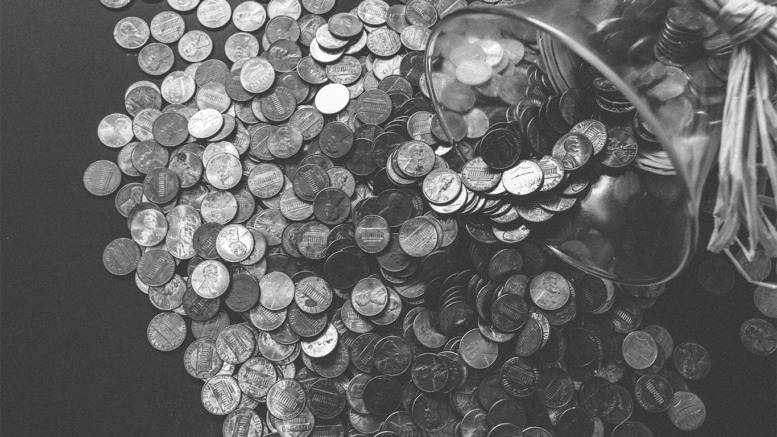 Australians need far more saved up in super than they do to be able to retire comfortably. This is how much you should have.

A huge portion of Australians don’t have enough in superannuation, which could leave them falling behind by the time it comes to retirement.

According to money educator and finance expert Vanessa Stoykov, there’s “a massive gap” with about 80 per cent of Australians falling short of what they should have in super.

“The younger generation has the most time to recover. When you’re young is the time,” she told news.com.au. “The older you are the more you need to think about it and faster.”

HOW MUCH SUPER YOU NEED

The Association of Superannuation Funds of Australia recommends a single Australian needs more than half a million dollars ($535,000) tucked away to live a reasonably comfortable life, while couples need $640,000 for a decent lifestyle in retirement.

Many Australians are falling far behind that savings goal with the latest research showing average super balances are at just $286,800 as Aussies approach retirement age.

To have enough for a reasonably comfortable retirement, ASFA recommends Australians have $219,000 by the age of 45. 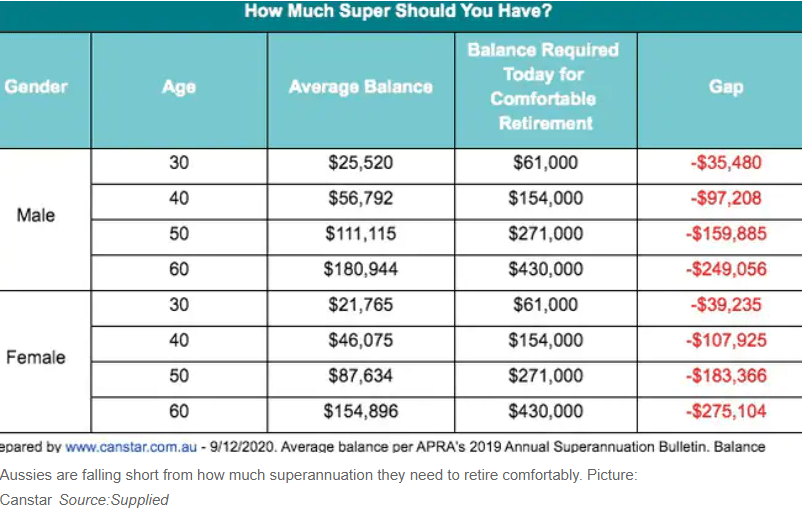 Ms Stoykov said the average couple needs around $40,000 and a single needs $28,000 for every year of retirement, but added “that’s modest” so you probably want to aim for even more if you want some luxuries later in life.

She added these figures assume you own your own home and don’t have a mortgage lingering over your head.

“If you don’t own your own home, it’s going to be a lot harder to live a comfortable life,” Ms Stoykov said. 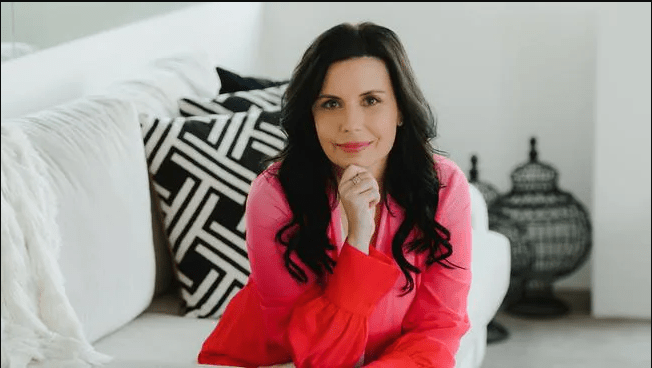 Money educator and finance expert Vanessa Stoykov said you should be putting away 10 per cent of your money into super. Picture: SuppliedSource:Supplied

HOW MUCH YOU SHOULD BE PUTTING AWAY

If Aussies want to retire comfortably and not be destitute later in life, they need to be putting more away in their super account, Ms Stoykov said.

She recommended putting around 10 per cent of your income in superannuation, stressing that if you’re self-employed it’s really important to be putting this money aside for retirement.

“If you’re a contractor you have to pay yourself super. It’s harder to hustle when you’re older,” she said.

Her advice is to “pay yourself first” and added it’s not a bad idea to top up how much you’re contributing to your super. She said “you won’t feel it” and “you won’t have to give up much” if you’re putting a bit more away each month – but it will make a big difference in the long run.

Ms Stoykov said saving for the future comes down to “now versus later” and asking yourself, ‘Do I want the money now or do I save for later?’

From July 1 this year, compulsory employer superannuation contributions are rising from 9.5 per cent to 10 per cent for adults who earn at least $450 a month.

The contributions are increasing to 12 per cent by 2025 with incremental half a percentage increases at the start of each financial year until then.

Until June 30 this year, Australians earning less than $55,000 will receive a $500 top-up from the Government if they make a voluntary contribution to their superannuation. 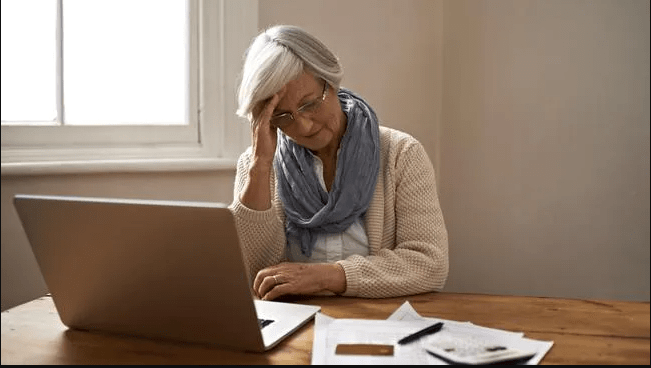 Women are worse off than men when it comes to super savings. Picture: iStockSource:Supplied

According to comparison site Canstar, 30-year-old men and women are currently short between $35,000 and $39,000 in their super accounts.

Canstar’s finance expert Steve Mickenbecker said this was “sobering news for most Australians”.

“For every age group, the gap between the required balance for a comfortable retirement living and the average balance is massive,” Mr Mickenbecker said. “For most groups they are only a third of the way there.”

The gap is greatest for 60-year-olds who spent the first 10 years of their work life without superannuation contributions.

Mr Mickenbecker added that there’s still time for young Australians to “catch up”.

“The young can catch up but it’s time to go into repair mode as soon as incomes are restored post-COVID-19,” he said.

“This means making extra salary sacrifices into superannuation during the years when they are also saving for a first home. Most times home ownership comes first.”

Mr Mickenbecker warned that we aren’t talking about “luxury living” on these figures – and it assumes you already own your own home.

“A comfortable retirement means holidays and dining out, not yachts and fine wine, and the number assumes you’re living in your own home without a mortgage,” he said. 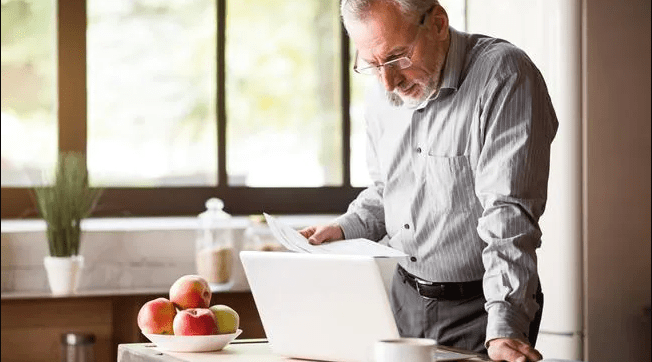 The sooner Aussies get their super sorted, the better. Picture: iStockSource:Supplied

SOME AUSTRALIANS ARE WORSE OFF

Ms Stoykov said she often comes across women who are in a worse situation than men because of the gender employment imbalance, with divorced women and women out of the workforce the most severely affected.

“There are a lot of examples of women who’ve been divorced and have no super,” Ms Stoykov said. “A lot of the time they have to sell the family home to cashflow their living.”

Ms Stoykov added that homelessness particularly among women is not uncommon due to a lack of retirement savings.

“The average balance for men is $270,000 in retirement and for women it’s $157,000 because of the broken work patterns and women raising children,” she said.

Women currently in their 60s face the biggest super gap of more than $275,000, based on this data.

“A 60-year-old with an average super balance now has little chance to catch up and the future looks likely to be a part pension initially and eventually full pension, and a significantly lower standard of living,” Mr Mickenbecker said.

“For women, the magnitude of the gap is worse, with average super balances 15 to 20 per cent lower than men,” he said.

Given the volatile economic situation over the past 12 months, Ms Stoykov reminded Australians that we don’t know what the future holds and warned not to rely on the Government as a given.

While she agreed the Government had helped “bail us out of the pandemic”, she warned against relying on the Government’s support through the pension.

And though the Government let people withdraw money from their super under the COVID-19 early release scheme to try to stay afloat during the pandemic, Ms Stoykov doesn’t agree with people accessing super to get a home deposit.

“It’s meant to be for a comfortable life, not to buy a dwelling,” she said.

The reason superannuation was created was “so people could have a good life in retirement”, Ms Stoykov said.

She suggests it’s a good idea to check your super balance regularly with a super fund app to stay on top of your savings.

“The more power people take into their super the better,” she said. “Take care of yourself and don’t expect the Government can.”

Full article is at: