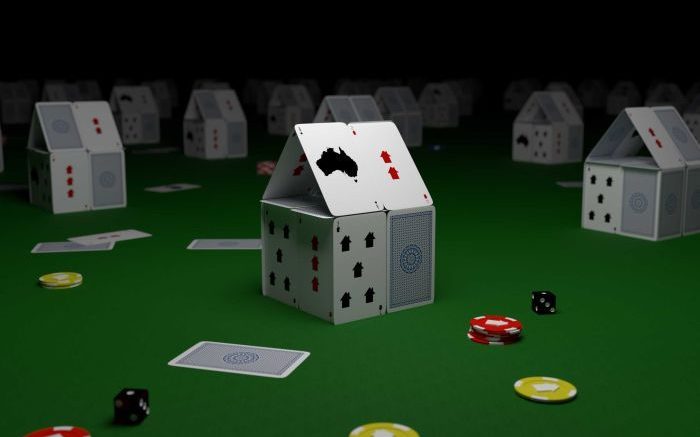 The game is rigged and the fix is in. The east coast housing market downturn is over … at least for now.

Don’t take my word for it. A veritable army of tipsters have called the bottom over recent weeks. They include property analysis firms SQM Research, Domain and CoreLogic, AMP Capital chief economist Shane Oliver — who was one of the first to tip the big downturn — BIS Oxford Economics, ANZ, and even the Reserve Bank.

“Conditions in the established housing markets of Sydney and Melbourne had improved a little since the previous meeting,” RBA board members noted at their last meeting.

“Housing prices had stabilised in June in these cities and auction clearance rates had picked up further, albeit still on low volumes.”

The RBA is the closest thing to “the house” in the casino that the Australian market has become — not because it stands to profit from rising prices, but because the economy and financial system it manages stands to lose their shirts if the market goes bust. It’s also one of the few institutions that can dramatically alter the odds at the stroke of a pen, through interest rate moves. Reserve Bank officials clearly believe the current downturn has run its course, barring an international shock that hits the Australian economy or financial system.

ANZ — one of the four high rollers that bankroll Australia’s housing market — agrees.

“Policy easing and an associated lift in sentiment looks to have helped drive a sharp improvement in auction clearance rates,” the bank’s economists Felicity Emmett and Adelaide Timbrell wrote this week.

“After two years of declines, some stability looks ahead for house prices.”

This graph of seasonally adjusted monthly house price moves, based on CoreLogic data, tells the story. 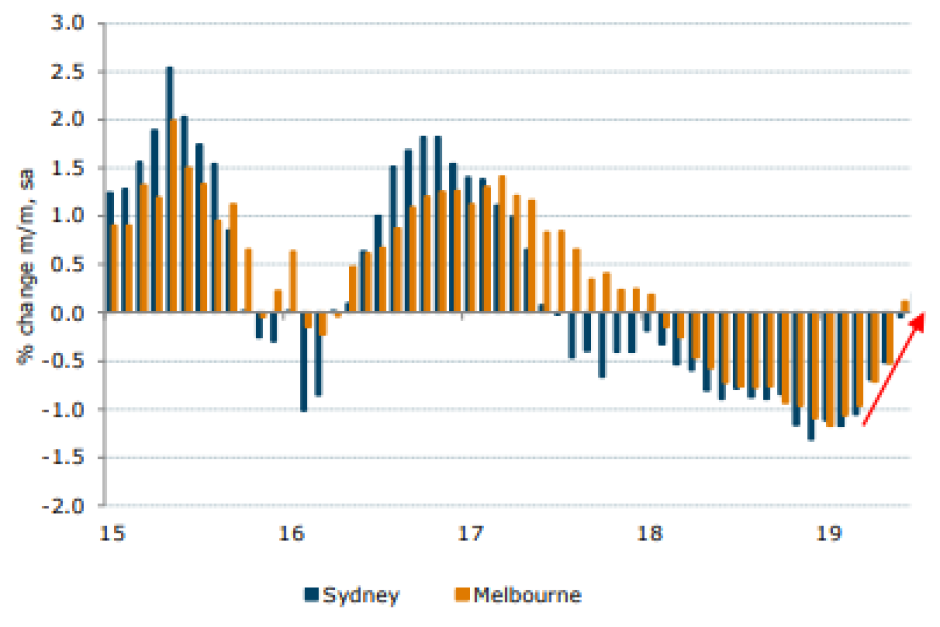 PHOTO: Housing price falls in both Sydney and Melbourne have moderated significantly over recent months. (Supplied: ANZ)
Indeed, some forecasters are tipping that the recent 0.1 and 0.2 per cent monthly price increases for Sydney and Melbourne — in Sydney’s case, the first increase in almost two years — portend further, bigger rises later this year.

“Our view is that dwelling price rises may materialise from the second half of the year as demand increases as a result of the expected improvement in confidence,” SQM’s Louis Christopher wrote in late May.

And it’s not just the experts. More consumers now agree that house prices are about to turn around. And where expectations go, prices usually follow. 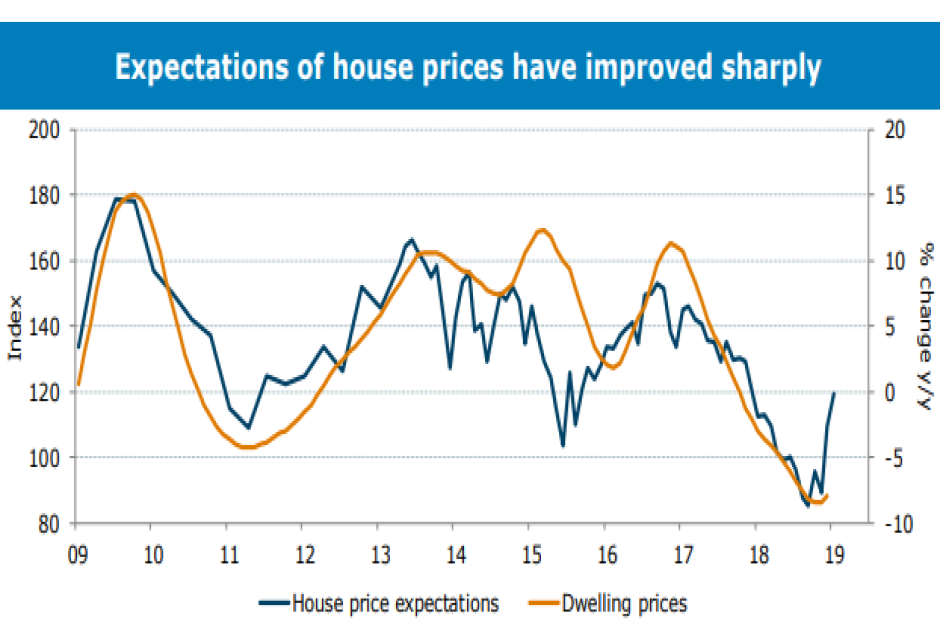 The first is the Coalition’s election victory, which took Labor’s likely changes to negative gearing and a reduced capital gains tax discount off the table — at least for the next few years, and possibly permanently.

The second was (then expected, now implemented) cuts to the Reserve Bank’s cash rate, leaving both it and mortgage rates at record lows, where they will almost certainly stay for a long time.

A recent paper by two Reserve Bank economic researchers, Trent Saunders and Peter Tulip — who were not representing the bank’s official views — estimates that with interest rates already very low, a percentage point drop in the expected long-term real mortgage rate would boost housing prices by 28 per cent in the long run.

Those effects are significantly reduced if rates are expected to be lower only in the short-term.

But Australians must surely have been lowering their long-term expectations for interest rates, having seen zero, or even negative, rates in many other developed countries for the best part of the decade since the global financial crisis.

We’ve also just witnessed two interest rate cuts in two months, following three years where rates were already at record lows and nearly nine years since the most recent rate rise, with every indication that it will be many more years before the Reserve Bank next hikes borrowing costs.

The final boost for housing was the banking regulator’s decision to remove a 7 per cent floor on banks’ mortgage serviceability tests, meaning borrowers can take advantage of the lower rates to get much bigger loans than when the floor was in place. 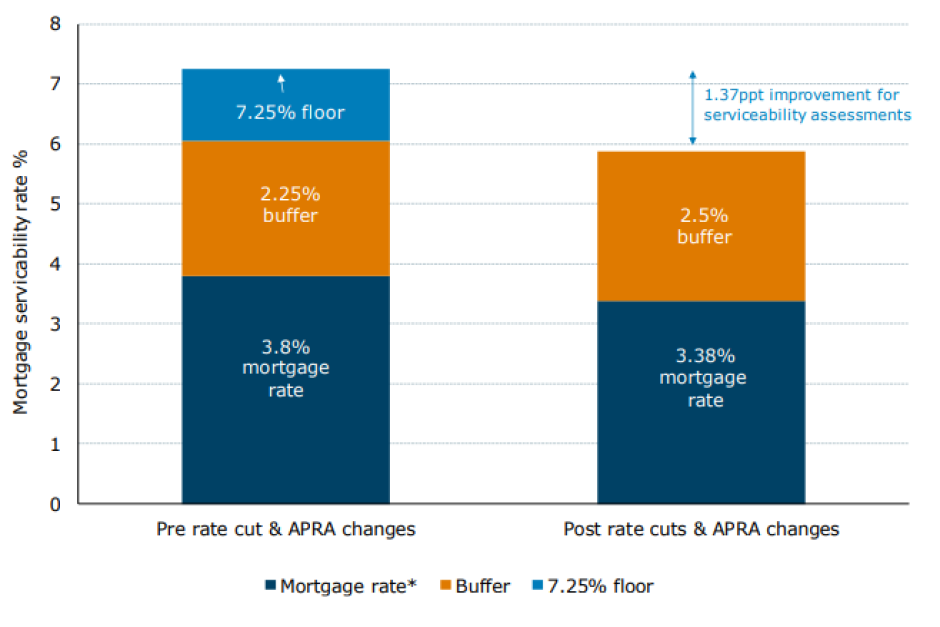 PHOTO: ANZ estimates that falling rates and APRA’s new requirements mean borrowers are now being tested against rates of less than 6 per cent. (Supplied: ANZ)
How much bigger? About $60,000 more for a family earning about $110,000 a year, according to RateCity.

For those on other incomes, UBS estimates that removing the floor could increase maximum borrowing capacity by up to 14 per cent, although it expects the real effect to be much smaller due to tougher income and expenses assessments.

And this analysis doesn’t even consider the Government’s planned deposit scheme, which could see thousands of extra first home buyers get into the housing market with deposits as low as 5 per cent.

How much might prices rise?
With all these factors in favour of higher prices, you might think the east coast is set for another house price boom.

But the expert consensus is that it’s not.

BIS Oxford Economics tips a rise of just 6 per cent in Sydney between now and 2022, still leaving prices 13 per cent below their previous peak. Its forecast for Melbourne isn’t much different, with a 7 per cent rise and prices remaining 10 per cent lower than the peak three years from now.

ANZ takes a similar view, tipping prices to bottom and rise only modestly this year before increasing around 3 per cent nationally next year, with Melbourne expected to see bigger increases than Sydney. 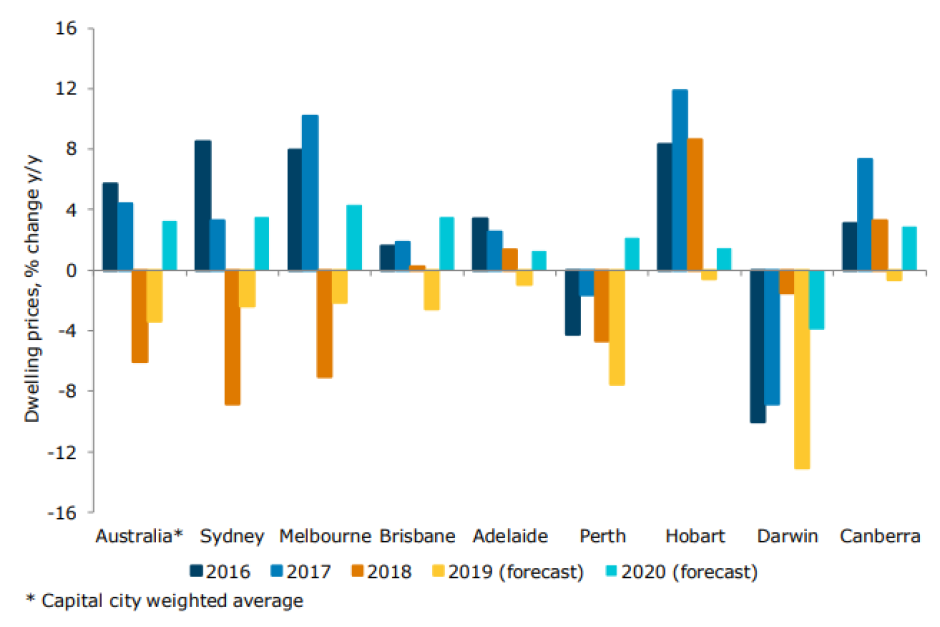 PHOTO: ANZ is forecasting annual price rises in all capital cities, except Darwin, next year. (Supplied: ANZ)
“While the outlook definitely looks more positive, we do not expect a V-shaped recovery for prices,” noted Ms Emmett and Ms Timbrell.

“Our view for some time has been that the tightening in credit has been the major driver of weakness, and while there has been some easing at the margin, changes to the use of household expenditure measure (HEM) and the introduction of comprehensive credit reporting will offset some of the impact.

“Moreover, there is still a substantial amount of supply coming onstream, particularly in Sydney where the rental vacancy rate is at a 15-year high. 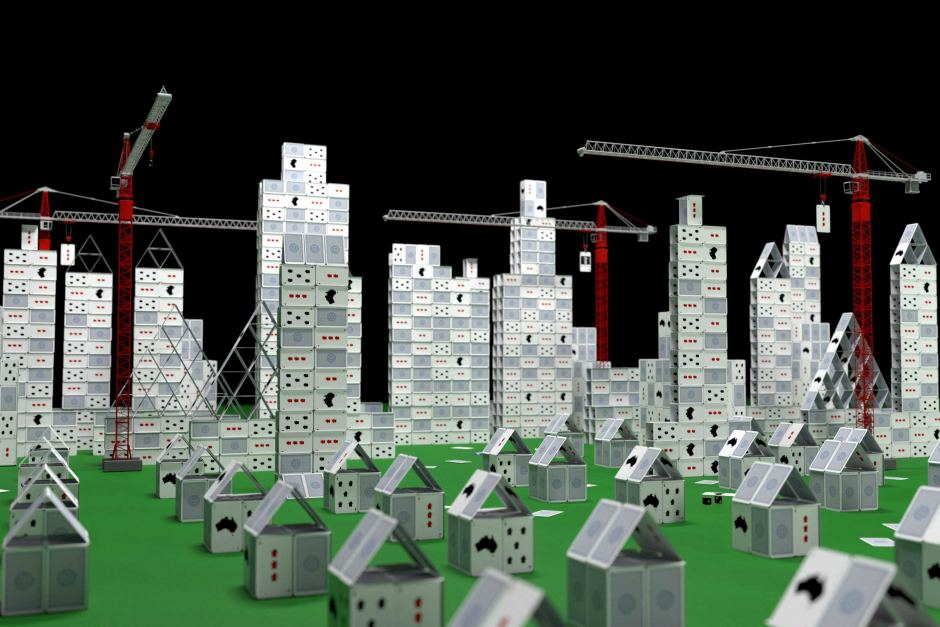 PHOTO: There are concerns about the effect of an apartment oversupply in Australia’s big east coast cities. (ABC News: Alistair Kroie)
“This all suggests that the recovery is likely to be a fairly modest one.”

Although Mr Christopher isn’t as certain that another boom/bubble isn’t possible.

“A combination of loosening credit restrictions plus a cut in interest rates increases the risk of another housing boom, which I am sure that is not what the ‘powers that be’ would want, but they may well yet get.”

Are you feeling lucky?
Another boom would only exacerbate the risks that remain in Australia’s housing market, casting a shadow over the whole economy.

The biggest risk is the debt pile accumulated to fund higher home prices.

“A negative shock driving unemployment higher would be amplified by the impact of high debt.”

The most obvious risk is rising mortgage defaults, which would lead to more forced property sales and, therefore, another leg-down in home prices. Rinse and repeat.

However, there are also less direct threats from one of the world’s highest debt mountains looming large over the household sector, which accounts for around 60 per cent of economic activity.

Research from three RBA economists — again not necessarily reflecting the bank’s official view — shows that high debt levels weigh on consumer spending, even if asset prices are going up. 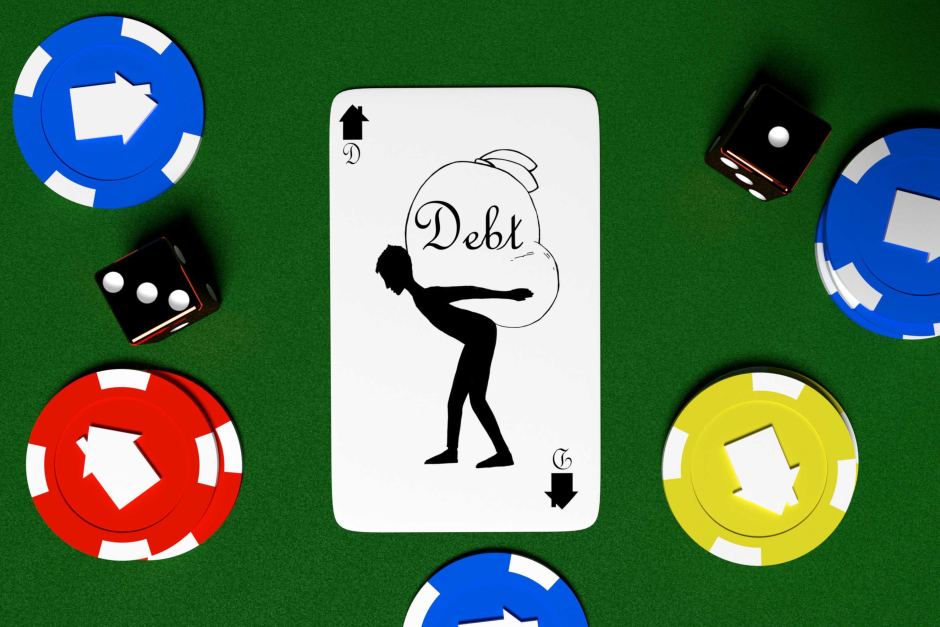 PHOTO: Australian households are already cutting back spending under the weight of record debt burdens. (ABC News: Alistair Kroie)
This adds to the long-established “wealth effect” on consumption. When people’s asset values are going up, they spend more. When their net worth is falling, households spend less.

Now it seems we have to overlay a “debt effect”. If households have higher debt levels they tend to spend less, and Australia has never had higher household debt levels than it does at the moment.

Weaker consumer spending growth is already putting pressure on retail profits and contributing to job losses in the sector.

The RBA suggests that more debt will make that situation worse, even if it results in a new leg-up for house prices.

Then there’s the construction sector, where ANZ forecasts a 15 per cent fall in residential building.

Construction employs well over a million Australians, so that’s a lot of workers potentially looking for jobs elsewhere, many of whom would have home loans they’d struggle to pay if it is too long between paid gigs.

Massive state transport infrastructure projects on the east coast are aiming to soak up many of these workers and ensure unemployment doesn’t jump.

But there’s several wildcards in the deck and no-one knows if, and when, they will be played.

They are international developments: the US-China trade and technology war, the slowing Chinese economy, overseas rate cuts and global currency wars, a potential conflict with Iran affecting global oil supplies, Brexit and the future of Europe.

And these are just some of the risks that former US defence secretary Donald Rumsfeld would have labelled “known-unknowns” capable of delivering that “negative shock driving unemployment higher” in the Australian economy.

All of which must leave prospective buyers asking themselves this question before rolling the dice on a home purchase: do I feel lucky?

Be the first to comment on "House price falls may be ending, but do not expect another boom"