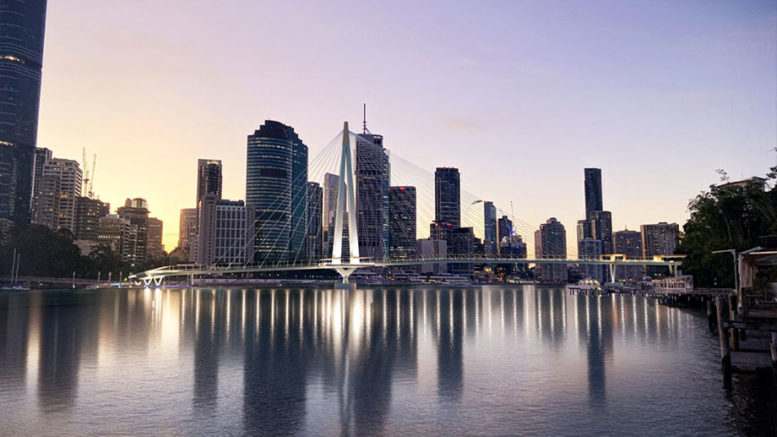 The bridge, set to link Brisbane’s eastern suburbs with the CBD, is one of five announced last year as part of his $550 million green mobility plan for the city.

The $190 million bridge, originally earmarked by former Brisbane lord mayor Graham Quirk, will cater for 5,400 trips each day, which is expected to increase to more than 6,100 trips by 2036.

The pedestrian and cycling bridge is also expected to reduce cars crossing the river by 83,690 every year.

Lord mayor Adrian Schrinner said the project would serve as an iconic piece of infrastructure for Brisbane residents following the recent pandemic. 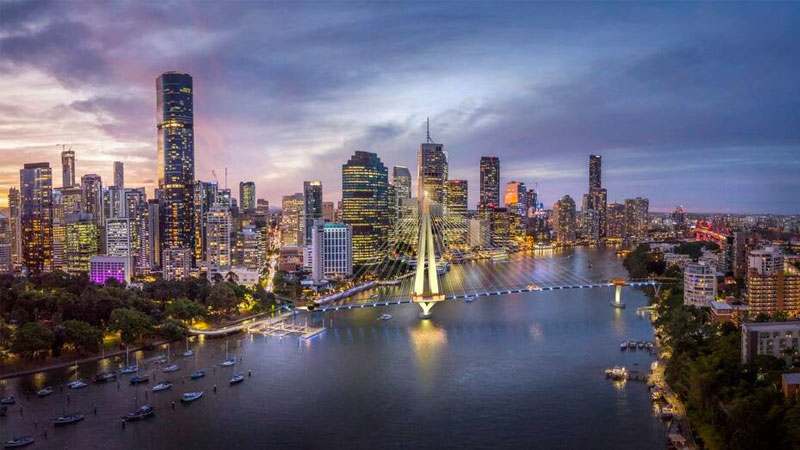 The Queensland government said construction of the infrastructure would create 500 jobs as well as hundreds of supplier opportunities. Image: COX Architecture/ARUP

“There has been a surge in cyclist and pedestrian activity on our green bridges and bikeways across Brisbane since the coronavirus crisis began,” Schrinner said.

“People moved away from public transport and even as restrictions eased a lot of residents have made a lifestyle change and demand for active transport options like green bridges is only going to increase.”

Schrinner said the cost of the bridge was to be determined following the preliminary business case.

Two further pedestrian bridges in West End—one from Toowong to West End and the other from St Lucia to West End—are also being considered by local councils.

A final bridge at Belbowrie to Wacol is also being considered due to its potential to provide emergency access in high flood risk areas.

Work on the Kangaroo Point and Breakfast Creek green bridges is scheduled start next year and be finished in 2023—two years ahead of the initial 2025 date.

Work to extend the Brisbane Riverwalk along to the Botanic Gardens has already begun, and the planned bridge is expected to connect up to that riverwalk.

The new $100 million pedestrian bridge will link the new hotel development and CBD with the South Bank Parklands directly adjacent.

Full article is at: https://theurbandeveloper.com/articles/qld-government-fast-track-kangaroo-point-bridge

Be the first to comment on "First Look: $190m Kangaroo Point Green Bridge"