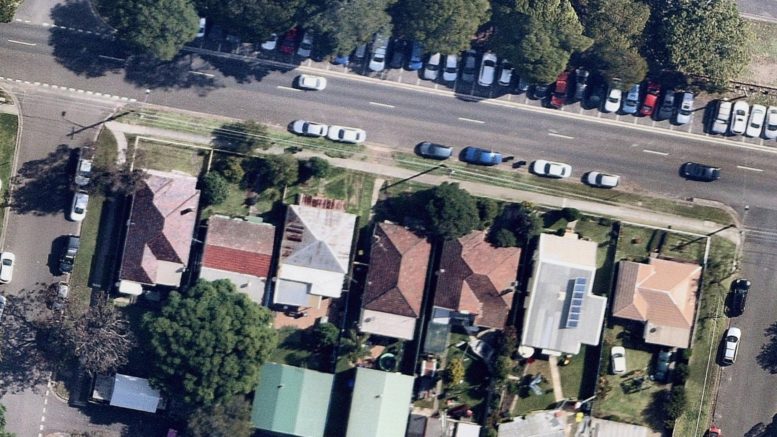 The hardest part of buying a property in Australia isn’t necessarily affording the sky-high prices – it’s mustering up enough cash to cover a 20 per cent deposit for a loan.

For first home buyers, a deposit of at least 20 per cent of the property’s valuation is recommended as it generally helps you avoid costly lenders insurance.

But take stagnant wage growth, sprinkle in some cost of living and stir up the rise of the share economy, and suddenly you’ve got a reality where only high-income millennials are able to get their foot in the door.

But not all hope is lost.

There is a way that first home buyers can have a deposit of just 5 per cent – and have the Federal Government as the guarantor for the remaining 15 percent – if you play your cards right. 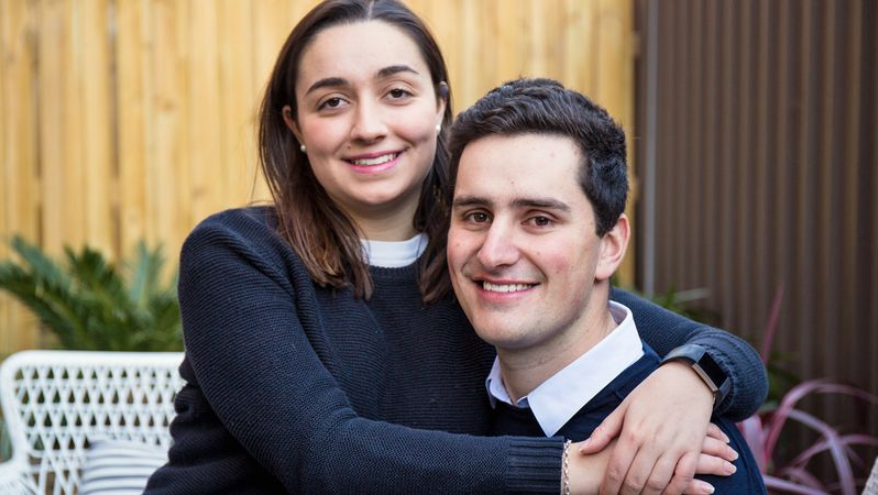 Q: What is the First Home Loan Deposit Scheme?

A: The First Home Loan Deposit Scheme is a draft proposal by the Coalition Government to help first home buyers enter the property market.

Under the scheme, buyers taking out their first home loan will be able to gain finance with a deposit as little as 5 per cent, with the government acting as guaranteeing the difference (in this case 15 percent) of a standard down payment.

Buyers will still have to pay the remaining 15 percent, as they are technically borrowing 95 percent of the property’s valuation from a lender.

It’s currently still a draft, but if it is approved by all stakeholders by November 4 it will come into effect from January 1, 2020. 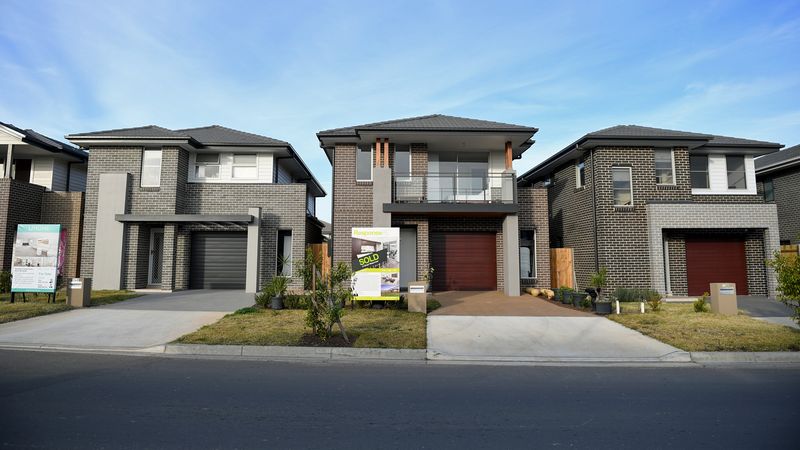 A: You might be relieved to find that scheme has caps on the prices of the properties that first home buyers wish to purchase.

In expensive markets such as Sydney (where the median cost of a house is $1.08 million), first home buyers can purchase a property up to $700,000.

If you’re outside a capital city – or a significant regional centre like Wollongong – that cost drops down to $450,000.

The government has set out price thresholds for each state and territory, to help even the playing field across the country:

Q: How do you know if your regional centre is big enough to pay the capital city prices?

A: The capital city price caps apply to “large regional centres” which have a population greater than 250,000 people.

To give a couple of examples, that would mean places like the Illawarra, the Sunshine Coast, the Gold Coast, Newcastle, Lake Macquarie and Geelong would all fit under the capital city price caps. 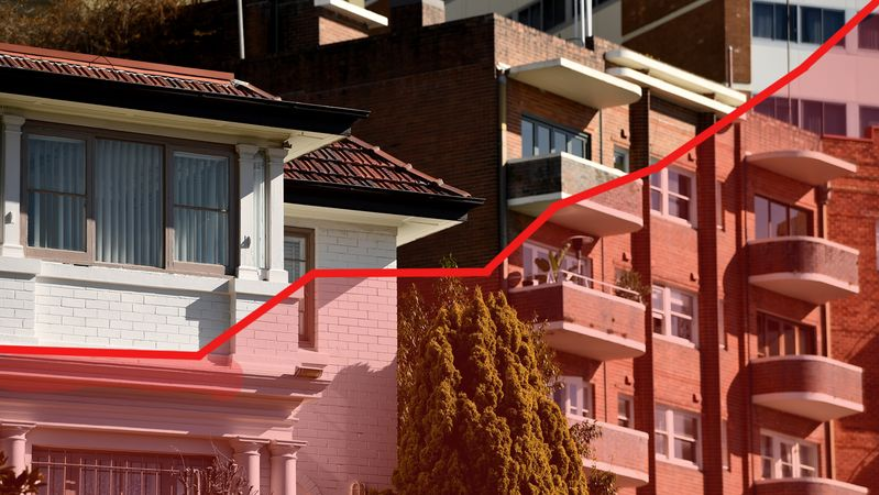 Q: Part of the reason house prices are so high is that rich people buy property after property. What’s stopping the kids of rich parents leveraging the government for this scheme when they can already afford a deposit?

A: To meet the scheme, first homebuyers will have to meet a whole raft of eligibility criteria that essentially tests their means.

Inheritance is not taxed in Australia, but the eligibility criteria may assess a person’s current access to cash. 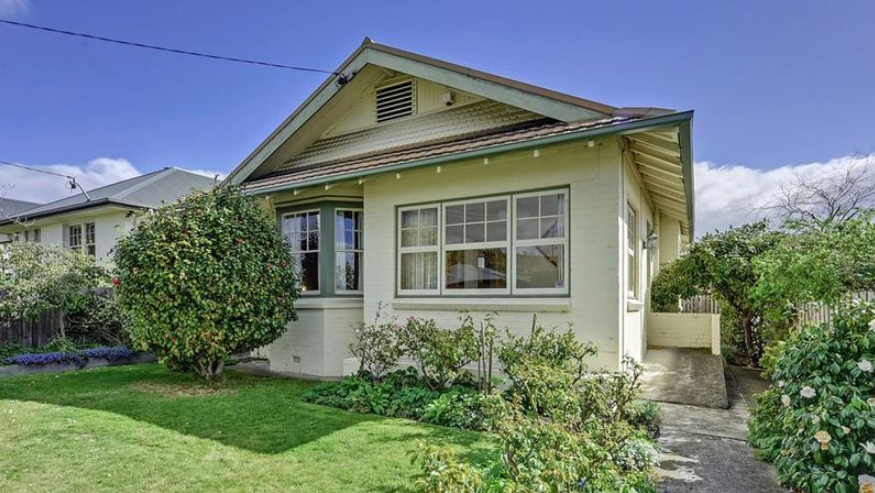 Q: This all sounds great, what’s the catch?

A: There’s no overt catch (remember this is the government, not one of the banks), but the scheme is only available to the first 10,000 people who apply.

Last year about 110,000 Aussies bought their first home, which means the scheme is really only available to roughly one in 10 first home buyers.

If the scheme becomes law on January 1 next year, it is reasonable to assume all 10,000 places will be filled almost immediately. 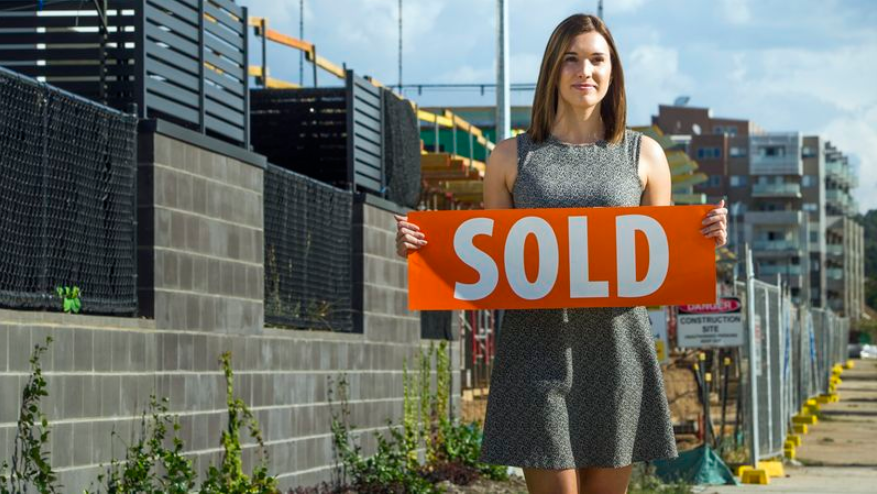 Q: Just how much are people saving with this scheme? Can you give me a few examples?

A: Okay, let’s run through a few scenarios:

Imagine Ben is a carpenter living in Newcastle who earns a national average salary of $74,074. He is applicable for the scheme because he earns under $125k a year and he can get a property under the Sydney price cap because Newcastle has more than $250,000.

That opens up properties like this three-bedroom house in Mayfield, valued at $640,000. 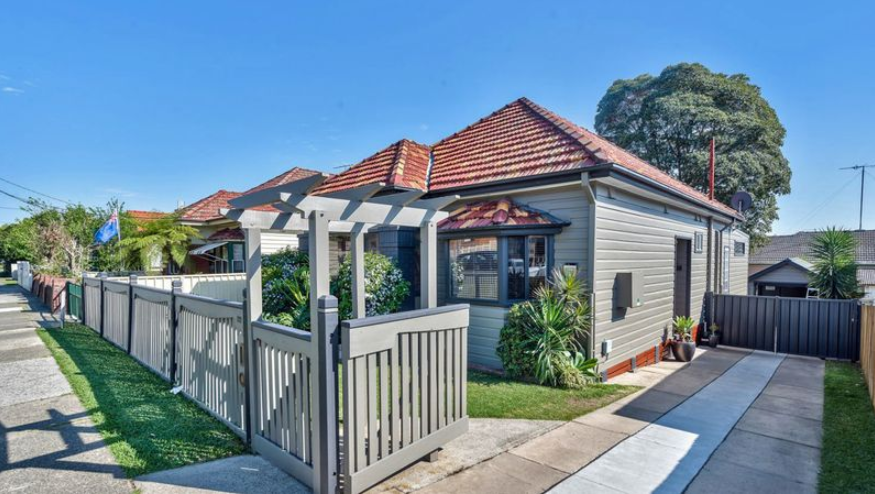 To get his foot in the door of this family home, Ben would only need a deposit of $32,000 (the cost of a decent second-hand dual cab ute) to secure finance, with the government guaranteeing the rest. 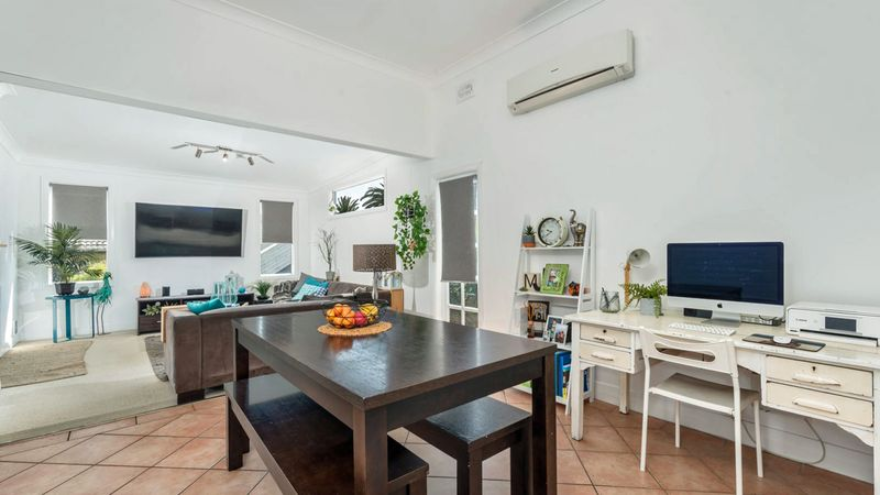 Jenna and her husband live in Melbourne with their two young kids. As a household, they have a combined income of $194,000 – just scraping in below the $200,000 eligibility cap.
With ongoing childcare costs, Jenna cannot put enough money away for a 20 per cent deposit if she wants to buy a property in the next decade. Jenna’s current property, a two-bedroom unit, is becoming too small for the four of them. 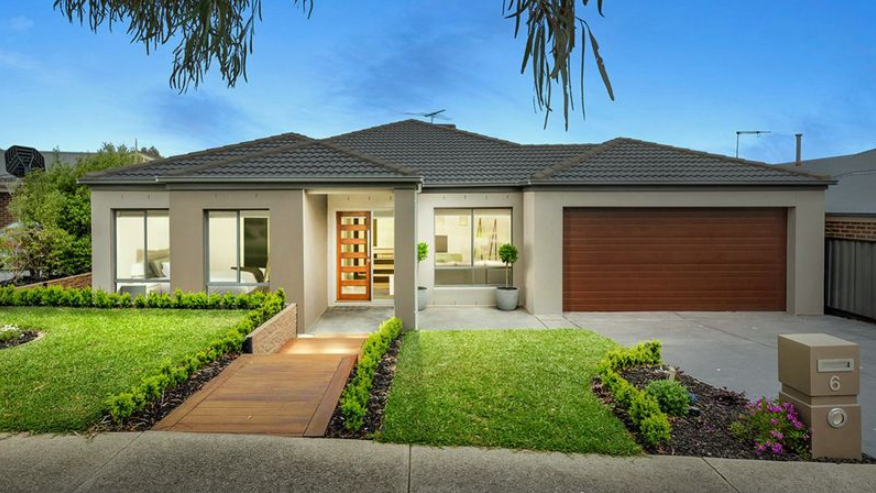 But under the scheme, Jenna could secure finance for this beautiful four-bedroom home at Pakenham, valued right on the Melbourne limit at $600,000. 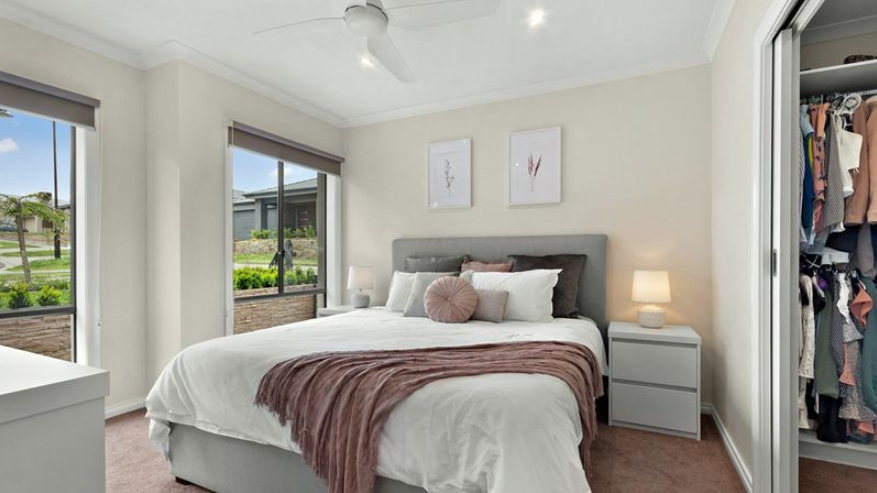 Jessica lives in Gove, in the remote far north of the Northern Territory. She works from home in an online capacity, and earns approximately $45,000 a year.

She wants to own a home in Arnhem Land, but is hesitant because her wage does not allow for a lot of discretionary spending.

Under the scheme, Jessica coud buy this three-bedroom home in Bynoe valued at $339,000. 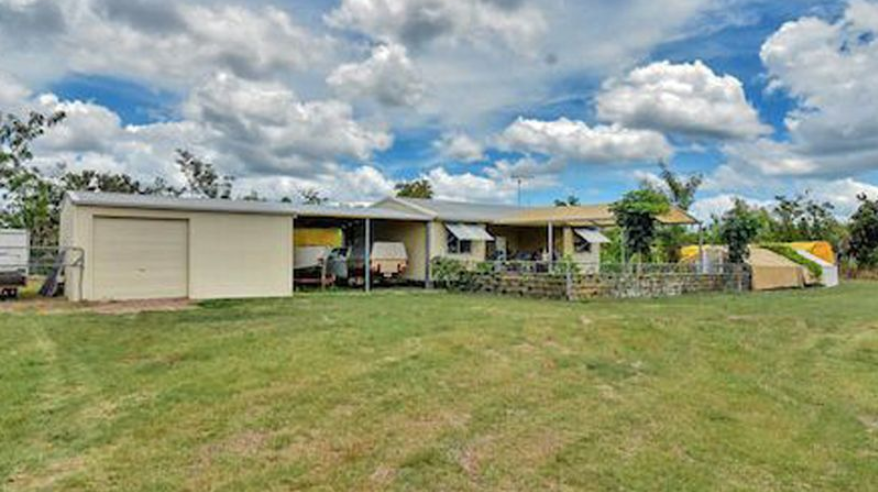 Saving a 20 percent deposit for this property – approximately $67,800 – would take Jessica 208 weeks, or four years at her current rate. 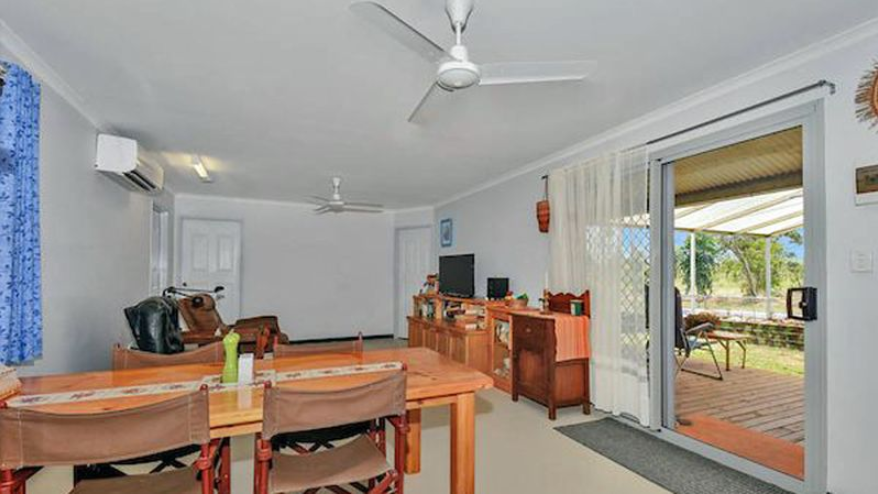 Q: Last but not least … why is the government doing this?

A: Guessing the personal motivations behind policy is always a game fraught with danger. What we do know is that this scheme is part of a promise given by Scott Morrison during his election campaign.

A better reason is that having more first homebuyers (who can service their loans) simply means a stronger and more balanced economy.

Ironically, suddenly giving 10,000 households access to quick deposits may actually push up the prices of more affordable properties, leaving everybody back at square one.

Put simply, there is no such thing as a silver bullet for first homebuyers – and even though the government is being guarantor for the remaining 15 per cent of the loan – first homebuyers still have to pay it back eventually.

Be the first to comment on "First Home Buyers: How to buy with just a 5 per cent deposit"