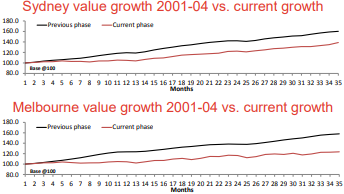 Although Sydney and Melbourne home values are recording strong levels of capital growth currently, the rate of growth is much slower than that recorded between the ‘boom’ period of 2001 and 2004.

When considering the current surge in Sydney and Melbourne home values, it is worthwhile revisiting how strong conditions were during the housing boom of 2001 through to 2004. Although the rate of capital growth in Sydney and to a lesser degree Melbourne is strong it is nowhere near as strong as the rapid home value growth recorded between 2001 and 2004… Read more

Be the first to comment on "CoreLogic RP Data Property Pulse"