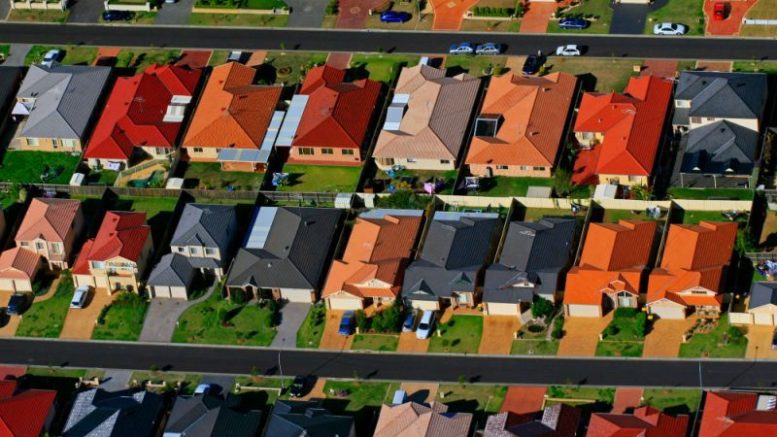 Australia’s property market has officially swung around as of August, but since 2014, the house values of some suburbs in particular have moved quite dramatically.

According to Domain’s house price report for June 2019, properties in NSW’s Byron Bay have more than doubled in price since 2014.

Houses in that suburb saw an eye-watering 111.7 per cent growth, with the current median house price now sitting at $1.3 million. This was followed by Pitt Town (also in NSW) with 96.6 per cent growth.

The price of apartments in South Australia’s Norwood rose by 88.8 per cent in the space of five years, followed by 84 per cent growth in NSW’s Fairy Meadow and Queensland’s Noosa Heads at 80.4 per cent. 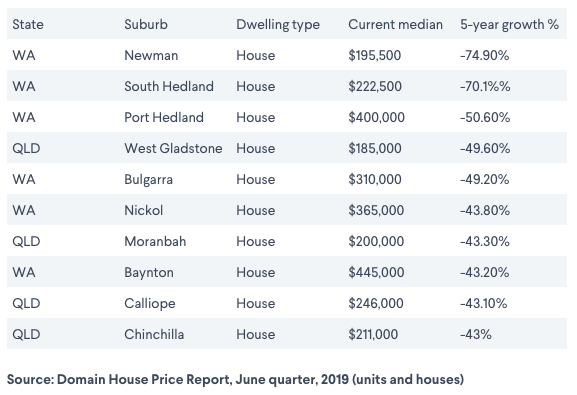 While Chris Hemsworth’s property purchase may have had a little to do with the rise in Byron Bay’s house prices, the figures have in fact been largely driven by young families seeking to escape Sydney, said Domain research analyst Eliza Owen.

“We get these young families who are dying to escape Sydney, and for them, Byron Bay is the ideal,” she told Domain.

“They get to come up here, live the country town lifestyle with the beautiful beaches, but still get that urbanised feel, swapping their Sydney apartment for a Byron Bay house for $1.3 million.

“Byron Bay has always had that special magic, and it continues to have that. The young family market has really been responsible for that house price growth.”

On the other end of the spectrum, property values in some suburbs have tanked dramatically.

According to data from Domain, home values in Queensland and Western Australia have copped the biggest hits.

WA’s Newman, South Hedland and Port Hedland saw property price drops of 74.9 per cent, 70.1 per cent and 50.6 per cent respectively, followed by Queensland’s West Gladstone with a fall of 49.6 per cent since 2014.

2014 marked the end of WA’s mining boom, which had acute consequences for the local property market, said Owen.

“Over the course of 2014, the iron ore price essentially halved, so it makes sense that several suburbs on this list are in the Pilbara region, which is tied to the iron ore market,” she said.

“We’ve seen a similar effect in mining areas of Queensland. When mining projects halt, there’s less migration, less work and less demand for property in these in these areas, which is exactly what happened.”